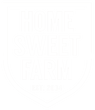 MY FRIEND Theo and I often discuss agriculture.
I ask, "What does the cow say?"
Theo replies: "Moooooo."

Armed with that expertise, I set off to investigate Home Sweet Farm, Brad and Jenny Stufflebeam's 22 acres near Brenham. In February, the Washington County Appraisal District sent the couple a registered letter that said they'd been denied their 2007 agricultural tax exemption. Their property, the assessor wrote, "does not meet the degree of intensity requirements as set out in the 2007 WACD Guidelines for 1-d-1 Ag Use."

In other words: It's not really a farm. And all those acres would be taxed at Washington County's residential rate - enough, probably, to break a family farmer.

Brad doesn't look like Old MacDonald. He's skinny and 36. Yes, he signs himself "Farmer Brad" in e-mails to the 85 Houston-area families who've contracted with Home Sweet Farm to supply their vegetal needs. But instead of starched Wranglers or overalls, he wears cargo pants. His T-shirt says something about organic farming, and when he talks, he radiates fervor - more infomercial than good ol' boy.

As Brad proclaims the gospel of sustainable agriculture and locally grown food, I examine the 12 pesticide-free acres he cultivates. The land slopes slightly. At the top, on the sandiest soil, he's planted watermelons and sweet potatoes. One patch of land slumbers under nitrogen-fixing cover crops; Brad is big on crop rotation. Behind the long, new plastic-covered greenhouse lies the field where he's growing a gajillion different vegetables: cucumbers, kale and collards; four kinds of squash, six kinds of lettuce, 16 varieties of peppers. There are cabbages of many ethnic backgrounds, lettuces of every shape and hue, and 35 kinds of heirloom tomatoes.

Seven heritage breeds of chickens patrol the crop rows, peering at the furrows with more focus than you thought a chicken could muster. Brad explains that he rotates the chickens through the fields, where they poop and eat bugs: a natural combination of fertilizer and pest control. American Buff geese honk in the background, and a duck emerges from a tumble-down shed to announce that she's nesting. On the 10 acres behind the fields there's a creek and tall old trees. Back there, Brad explains, he grows tall native grass, and in the winter, when it's good for the land, he lets 40 head of cattle eat the hay off the stem.

A moo moo here. A quack quack there. Brad might not look like a farmer, but his place looks like the kind of farm that I discuss with Theo: The Old MacDonald model, the Charlotte's Web and Laura Ingalls Wilder variety, the kind where the farmer takes a wife and the wife takes a child.

In the real world, though, most farms don't look like that anymore - not even in idyllic Brenham. Most farms grow just one thing, milo or hay, cattle or chickens; what you see from the road is the same stuff that stretches to the back of the property line. The Stufflebeams' property "isn't being used for what's normal in the area," says Willy Dilworth, Washington County's chief tax appraiser.

Dilworth explains that on the Stufflebeams' initial application, right after they bought the old cow pasture and began plowing it into vegetable fields, they said that only half an acre was under cultivation and that the rest was pasture. But at the time, they had no cows on it.

That prompted an agent to drive by the place sometime in the past year. Though the Stufflebeams had made great strides since buying the place, what the agent saw didn't strike her as a farm. Brad isn't sure when she cruised past his long skinny property, but it could have been when weedy-looking cover crops were restoring nitrogen to the front fields. The place wouldn't have looked like any other farm in the county.

Dilworth doesn't want his office to look bad in the newspaper, and he says he wishes Brad would talk with him before filing an official appeal. But Brad says that he's already discussed the matter with the appraiser who drove past his farm. She told him that he could have the place re-appraised, though he'd have to wait another month or two. And the April 30 deadline for his appeal comes way before that.

Brad sees the appeal as a chance to educate Washington County about his kind of farming. He's collected letters from his subscribers. He's marshalled facts and figures about how fast his farm has established itself, about how he's vastly more profitable per acre than conventional farms in the area. People languish on his waiting list as long as a year to subscribe to his vegetable deliveries, and he sells to t'afia.

No, it's not Washington County's usual kind of farming. But it's a kind that kindergarten kids recognize, even if tax assessors don't.